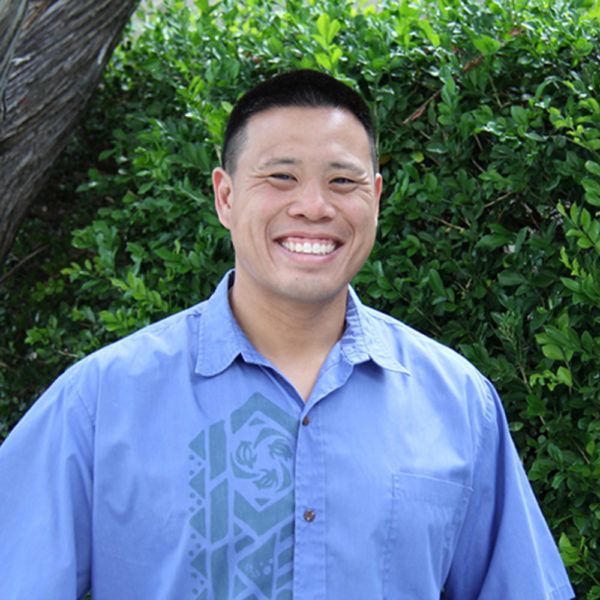 John Leong was born and raised in Honolulu, Hawai`i. He is a serial social-entrepreneur with a vision to make a more resilient future for Hawai`i. He and his wife, Julianna, founded Pono Pacific LLC, a conservation/land management organization, in 2000. In 2007, he co-founded

Kupu, a youth development nonprofit. The organizations he has founded currently employ more than 400 staff and interns, and have created over $150 million in socio-economic impact for the state. He founded Poukihi with a desire to utilize the skill sets his teams have developed to help social enterprises, non-profits, and other organizations scale their work and create greater impact. John serves as a board member for Alexander & Baldwin, Island Insurance, the Honolulu Metro YMCA, Hawaii Institute of Public Affairs, and UH Sea Grant. John is also an Obama Foundation Fellow and Omidyar Fellow.

John and Julianna have four beautiful children whom he loves to play with during his free time. He also enjoys the outdoors, exercise, developing next generation leaders, and having quiet time when possible. John and his family are also active at their church.